A large-scale motor vehicle loss can come at your business from any direction, but it doesn’t have to take your company off the road. While you stay focused on growing your business, Travelers can help protect it against large-scale losses — like these automotive judgments over $25 million that topped the National Law Journal’s Top 100 Verdicts.1

Blocked Roadway Resulted in Fatal Collision
An icon of a safety cone
$247 Million Verdict
After a fatal collision involving a van that struck a tractor-trailer which was blocking the road as it backed into a driveway, the parents of the deceased sued a trucking company and the vehicle operators, alleging negligent operation of a vehicle and inadequate driver training. The plaintiffs sought recovery of damages for past and future loss of companionship, loss of society and mental anguish.

The jury found that the tractor-trailer driver was acting within the scope of his employment and bore responsibility for 65% of the incident, with the trucking company bearing 20% responsibility and an additional 10% on the company owner. As a result, the
$260M verdict was reduced to $247M.

Driving Record Ignored Prior to Crash
An icon of the front of a car
$101 Million Verdict
Following a rear-end collision, the driver of the struck vehicle claimed neck and back injuries. The rear vehicle, a commercial truck, was operated by a driver with marijuana and methamphetamine in his system, as well as three traffic violations on his record in the preceding 36 months.

Tractor-Trailer Ran Red Light, Causing Accident
Traffic Light
$70.6 Million Verdict
While driving through an intersection, an SUV was broadsided by a tractor-trailer. The driver of the SUV and her son both suffered multiple traumas from the incident, including traumatic brain injuries. The driver’s daughter sustained scratches from the incident as well as post-traumatic stress disorder from seeing her mother and brother injured. A lawsuit was filed against the driver of the tractor-trailer and the owner of the truck, claiming the company negligently entrusted the truck to the driver and was therefore vicariously liable.

Road Rage Accident in a Construction Zone
An icon of a car crashing into the back of another car
$53 Million Verdict
While driving northbound in a construction zone with a single lane of traffic in each direction, a vehicle was struck by a commercial truck traveling southbound in the northbound lane. The collision caused severe damage to the northbound vehicle and significant injuries to both occupants.

The injured parties filed suit against the trucking company and driver of the commercial vehicle, alleging the operator was driving angrily, the company had not followed its own driver training protocols and the vehicle telematics data was hidden or destroyed. The driver and trucking company stipulated to liability and vicarious liability, leaving the jury to determine compensatory and punitive damages; a $53M verdict.

Tractor-Trailor Crash Ended Nurse’s Career
An illustration of a tractor-trailor hitting the back of a car.
$43.1 Million Verdict
One early spring day as a nurse was traveling in northwestern Indiana, her vehicle was rear-ended by a truck driver. The collision caused multiple injuries and permanent disability that effectively ended the victim’s 25-year nursing career, restricted her daily living and impaired both her and her husband emotionally.

The plaintiff sought remuneration for past and future medical costs and lost wages. The court found the tractor-trailer operator and the trucking company he was employed by guilty.

Head-On Crash With Bus Seriously Injured Students
Car and Bus Crash
$36.5 Million Verdict
A collision between a school bus and a passenger vehicle carrying four high school students resulted in serious injuries for the occupants of the car. The three passengers filed suit against the driver of the vehicle they were in as well as the driver of the bus and the bus company. The case proceeded to trial with the car’s driver and the bus company as sole defendants.

Defense argued that the accident happened because the plaintiff’s vehicle crossed the center line. Lawyers for the plaintiffs countered that the bus driver was driving 3.9 miles per hour above the posted speed limit and was drinking coffee at the time of the collision. The jury found that both the driver of the vehicle and the owner of the bus were negligent.

Driver Impairment Led to Fatal Accident
Dump Truck
$32.1 Million Verdict
To avoid a collision with a stopped vehicle, the driver of a dump truck swerved into the path of a minivan. The two vehicles collided head-on, with the minivan driver suffering a fatal injury. The deceased’s spouse filed suit against the driver of the dump truck for negligent operation, as well as the truck’s owner for negligently hiring the driver since he had marijuana in his system at the time of the crash and the trucking company did not test him for drug use prior to employment or subject him to an ongoing drug-testing program.

In addition to finding the driver negligent, the jury found that the trucking company failed to exercise the degree of ordinary care expected, and that failure was a significant cause of the minivan driver’s death.

Trucker’s Overreaction Caused Fatal Crash
An illustration of a semi truck.
$30 Million Verdict
A truck driver was only a year and a half away from retirement when his rig, traveling on a Texas highway, was struck head-on by a second truck driver attempting to avoid a fallen branch, killing the first driver. He claimed his employer, a global freight company, had been negligent in supervising and training him which implicated the freight company in the lawsuit.

The victim’s sons sought recovery of wrongful-death damages. The jury returned a guilty verdict, the majority of which was assigned to the freight company.

Sources
¹ The National Law Journal’s 2016-2021 editions of the Top 100 verdicts in the United States. The verdicts summarized above do not involve Travelers insureds. 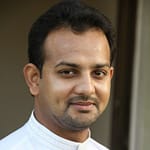 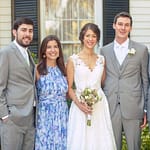